Your 5-minute guide to the 2018 Royal Wedding

So, apparently, on Saturday May 19, 2018, a man and a woman are getting married. Doesn’t sound too exciting, right? More than 6,200 couples tie the knot every year in the USA. So what makes the May 19 wedding so special? Well, this is no ordinary wedding — this is a Royal wedding!

On Saturday May 19, 2018, Prince Harry and Meghan Markle will get married at Windsor Castle in England. The groom, Prince Harry, is a member of the British royal family and the bride, Meghan Markle, is an American actress.

In this five minute easy read guide, we’ll tell you more about why this is such an historical wedding, and let you know how you can visit the wedding venue yourself on your next United Kingdom vacation.

A brief history of the British Royal Family

Henry VIII, Mary Queen of Scots and Queen Elizabeth II. You’ve probably heard of all three names: they’re all part of the history of the British Royal Family. The first King of England was King Alfred the Great who reigned from the year 871 to 899 (that’s more than 1,000 years ago!). Following Viking raids and settlement in the 9th century, the Anglo-Saxon kingdom of Wessex emerged as the dominant English kingdom. Alfred the Great secured Wessex, achieved dominance over western Mercia, and assumed the title “King of the English”. 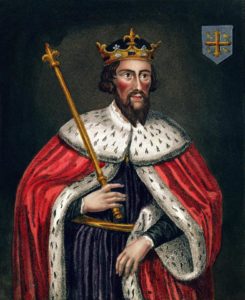 Before 1917, members of the British Royal Family had no surname, but only the name of the house or dynasty to which they belonged. This changed in 1917 when George V specifically adopted the name “Windsor” (not just as the name of the ‘House’ or dynasty, but also as the surname of his family). The family name was changed as a result of anti-German feeling during the First World War, and the name Windsor was adopted after the Castle of the same name.

The current reigning monarch is Queen Elizabeth II, who became Queen on 6 February 1952.  Queen Elizabeth II is 32nd great-granddaughter of King Alfred the Great. She’s the oldest reigning Monarch and is currently 92 years old (the next oldest was Queen Victoria who died in 1901 aged 81 years.  As well as the Queen of England, she is Queen of Canada, Australia, New Zealand, Jamaica, Barbados, the Bahamas, Grenada, Papua New Guinea, the Solomon Islands, Tuvalu, Saint Lucia, Saint Vincent and the Grenadines, Antigua and Barbuda, Belize, and Saint Kitts and Nevis.

Prince Harry (formally known as Prince Henry of Wales) is the younger son of Charles, Prince of Wales, and Diana, Princess of Wales, and is sixth in the line of succession to the British throne. Megan Markle is an American actress.  On Saturday May 19, 2018 they will get married in a lavish ceremony at Windsor Castle.

The ceremony will commence at midday and will be conducted by the Dean of Windsor, The Rt Revd. David Conner. The Most Revd. and Rt Hon. Justin Welby, Archbishop of Canterbury, will officiate as the couple make their marriage vows. At 1pm, following the service, the married couple will travel around Windsor in a horse-drawn carriage, providing an opportunity for members of the public to see them and join in with the celebrations.

The Royal Wedding is expected to cost about $43 million. Now compare that to $20,000 which is the average wedding budget in the USA, and you’ll get a sense of just how lavish this wedding will be. Megan Markle’s wedding dress is expected to cost more than half a million dollars alone!

Visit the Royal Wedding venue on your next UK vacation

If reading this article has got you overly excited about all things British, then you can visit the wedding venue on your next UK vacation. Windsor Castle is a royal residence at Windsor in the English county of Berkshire and the original castle was built in the 11th century after the Norman invasion of England by William the Conqueror.

Winsor Castle is easily accessible by high speed train from London.  The entry fee is around £21 ($28).