Will my American cell phone work in the United Kingdom? 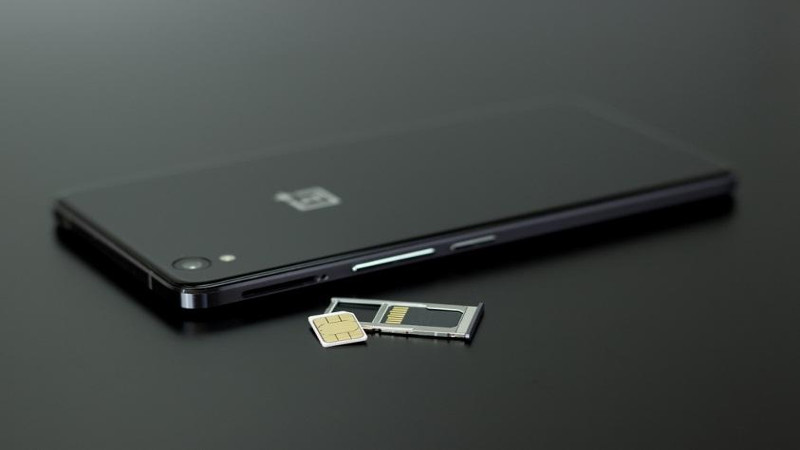 So you’ve booked your flights and hotels, you’ve created a list of the “must see” tourist attractions in London and you’ve downloaded the best UK travel apps to your cell phone. But will your cell phone work in the United Kingdom?

If you’ve been doing research online about whether your cell phone will work in the UK, we’re guessing you’re probably confused by now, right? There’s lots of conflicting information and it seems very complicated.

Actually it’s very simple. We’ve worked it all out and we’re going to make it super easy for you and explain it all in plain English, that even the most technophobe will understand!

In this handy guide, we’ll help you understand whether your cell phone will work when you reach the UK (i.e., whether it operates on the right network frequencies) so that you can keep a seamless connection on your vacation in London.  And we’ll tell you about a great value UK SIM Card you can buy here in the USA (shipped to your home or office) to use in your cell phone, so you’re connected as soon as you land. So let’s get to it!

[If you’ve already done the research and you just want to buy a UK & Europe SIM Card for your cell phone and get it shipped to your home or office, you can just click here and buy it now for the limited reduced price of just $39.99 (normally $49.95).]

There’s only three things to check to make sure that your cell phone will work in the UK:

1. Is your cell phone technically compatible? ; and

2. Is your cell phone network unlocked? ; and

3. Do you have the correct UK SIM Card?

1. Is your cell phone technically compatible?

First up, your cell phone needs to be technically compatible to work in the UK.

But what does “technically compatible” even mean?

Today most Smartphones are considered “world phones”, meaning they operate on many different cellular frequencies used by different cellular networks around the world. It wasn’t that long ago that your cell phone might have only operated on one or two cellular frequencies which meant you could only use your phone on one American network, let alone having any hope of using it in a foreign country! 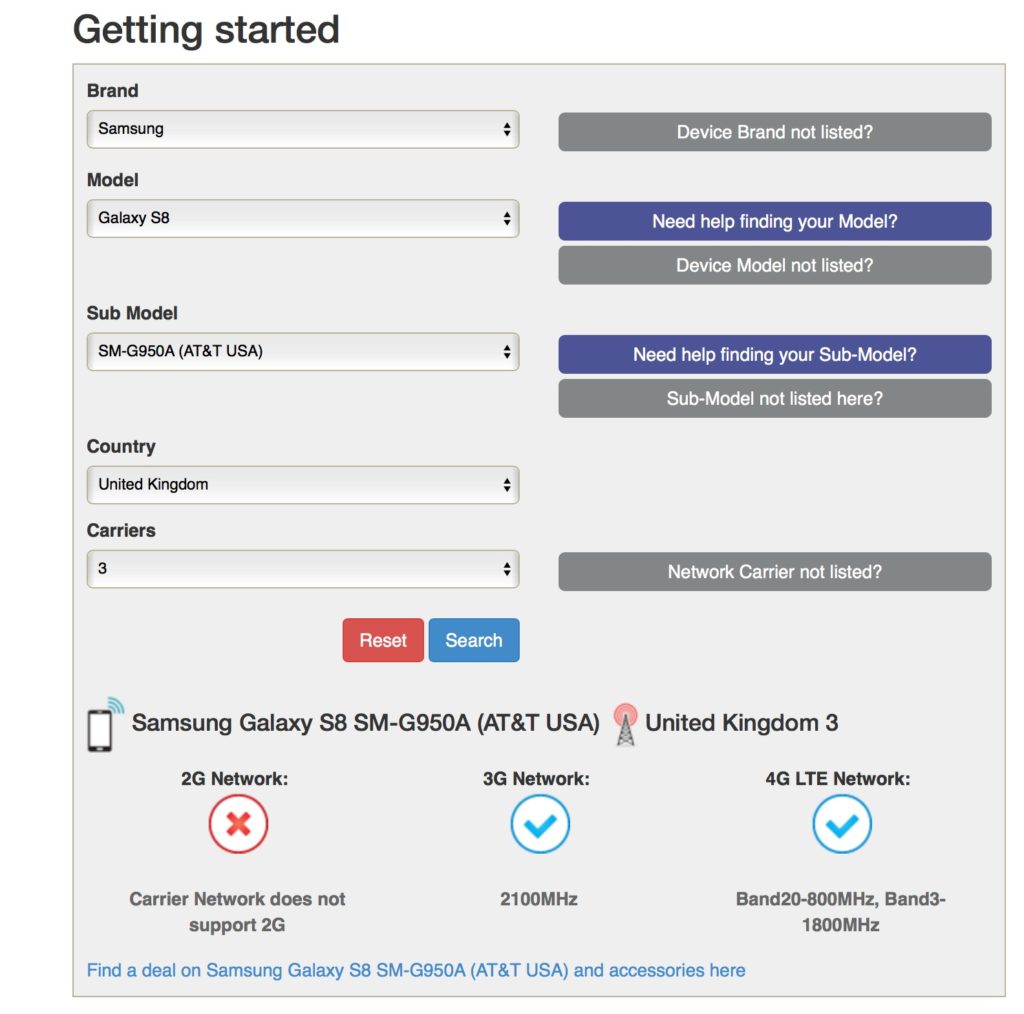 2. Is your cell phone network unlocked?

So your cell phone is technically compatible? Awesome! The second thing you need to check is that it’s network unlocked.

But what does “network unlocked” mean? Good question!

First, a bit of background. Many cell phones are network locked. This means they’re restricted to work only on one single network. Not only is a locked phone prevented from working overseas, it won’t even work on a competing network here in the USA. For example, if your phone is locked to AT&T, it won’t work on T-Mobile (or Verizon, or Sprint, or any other network).

But why would a cell phone be network locked? Well, as you would know, many cell phones are sold on a contract basis, heavily subsidised by the carrier. The full price for your phone might be $1,000, but your carrier sells it to you for $99, and then puts you on a  12 or 24 month contract and “locks” the phone to the carrier’s network. And this is fair, because the carrier has given you a heavily discounted phone, and needs you to stay with them regularly paying a monthly bill for their services (just as the saying goes, there’s no such thing as a free lunch!).

In contrast, if your phone is network unlocked then you can use it on another network. It’s effectively been let of jail, and can be used on another network (either domestic or international). It’s worth noting that your phone may already be unlocked. Some phones are sold already unlocked (sometimes called “SIM free”), meaning you’re free to use any SIM Card you want.

In any case, you’ll need to make sure your phone is network unlocked to use it in the UK, but there’s a super easy to way to check! If your phone’s locked to your home network, it won’t work in the UK (and it won’t work on any other network anywhere in the world). The super easy way to check if your phone is already network unlocked is to insert a different carrier’s SIM Card into your phone and check if it connects to the network. For example, suppose you have an AT&T phone, then just grab a friend’s T-Mobile SIM Card (or grab one from a T-Mobile store), put it into your phone and check if it connects to the T-Mobile network (ie do you see the T-Mobile reception bars on your phone screen?). If so then your phone is unlocked! If you see an error message it means it’s still locked to AT&T.

If your phone is network locked, then you’ll need to get it unlocked and here’s what to do:  contact your phone provider or click on these handy links to unlock your AT&T Device, T-Mobile Device or Verizon Device. If you have an iPhone, then the Apple website provides instructions on how to unlock your iPhone.

3. Do you have the correct UK SIM Card?

So your phone is technically compatible and it’s network unlocked? Super awesome! This means you can use your phone in the United Kingdom on your upcoming vacation and you can now buy a UK SIM Card, rather than relying on expensive international roaming (which is often limited to really slow 2G speeds anyway). To buy a UK and Europe SIM Card just go to the My UK SIM Card website pay just $39.99 for 12GB of high speed 4G LTE data and unlimited talk & text, and get it shipped to your home or office. Then just pop it into your phone so everything’s good to go from the moment your airplane lands in the UK.

There’s three main reasons why it makes sense to buy a UK and Europe SIM Card:

First, you’ll get a much more generous allowance of data (in fact you’ll get a huge 12GB of high speed data). And you’ll need lots of data to update Facebook and Instagram, send pictures and videos on Whatsapp, use Skype or FaceTime or navigate your way in London using Google Maps.

Second, you’ll get an allowance of minutes and texts to call and text local numbers. For example, calling for a taxi, booking a restaurant, calling your airline to check your reservation or updating Uber with your new number.

Third, and we think the most important, is that you’ll have a local cell number. Whilst global roaming has its benefits, you’ll still be using your US cell number, which can be a burden if you need tour operators, hotels or people you meet on your vacation, to call or text you. A good example is using Uber – a local SIM card means a local cell number. You can update your Uber profile with your UK cell number and that way your Uber drive can call and text you (or vice versa). Try getting a London Uber driver to call your US cell number: no way!

The best local SIM card offering is from My UK SIM Card. You’ll get a local UK cell number, 12GB of high speed 4G LTE data and unlimited talk & text. And if you’re traveling to Europe too there’s free roaming meaning you can use your allowances in 34 European countries including France, Italy, Ireland and Spain. There’s no overage charges, no contracts and it’s 100% pre-paid.